Who Was the Man on the Gablinger's Can? Or: The Real 'Father' of Light Beer

Perplexing as it is to those of us who actually enjoy beer, the most popular brews in the United States, hands-down, are so-called light beers made by massive, big corporations. Consumed primarily by young doofuses who have a complete inability to think beyond the scope of commercials they see on ESPN. Decades ago, "light" beer was simply a distinction from "dark" or "heavy" beer. The first "light" beer as currently defined was not Miller Lite (nor did Miller even originate Lite), but it was a product introduced in 1967 called Gablinger's Beer, distributed by a subsidiary of Rheingold Breweries, Inc. of New York called Forrest Brewing Company. (And in spite of errorneous information in several Web articles, Gablinger's was never specifically marketed as "diet beer.")
﻿﻿

﻿
The slogan, appearing on cartons and point-of-purchase displays in strong typeography was "GABLINGER'S BEER DOESN'T FILL YOU UP." Ad copy boasted that it had no carbohydrates, no fat, and 0.25% protein, making it sound downright healthy. The beer was pale in color, and undoubtedly pale in taste, but advertising claimed it tasted just as good as any other beer.
Labels on cans and bottles featured a drawing of a rather plain-looking middle-aged man in a suit, who looked like he could have been your high school shop or business teacher.

The man was a real person named Hersch Gablinger, a Swiss researcher who developed the technique for eliminating carbohydrates from beer, according to a piece in the May 1967 issue of the trade magazine Modern Packaging. He gave his permission to allow his image to be used on the packages. The process he had developed, according to Modern Packaging, "is claimed to enable consumers to quaff the brew without getting a 'filled-up' feeling."

Gablinger's was sold mostly in Rheingold's marketing area in the eastern US. Meanwhile, Chicago-based Meister Brau came up with its own low carb, low cal beer called Meister Brau Lite, introduced in 1968. While Gablinger's had a distinctly masculine-looking package, Meister Brau tried to appeal to women with its Lite packaging, and even attempted to launch a whole line of dietetic food products with the Lite name, similar to the Weight Watchers product line.

Neither Gablinger's nor Meister Brau Lite really caught on, however. Meister Brau in particular saw hard times and in 1972 sold its brands including Lite to Miller Brewing Company of Milwaukee, Wisconsin. To make a long story short, Miller redesigned the packaging and relaunched Lite under its own name, came up with an ingenious marketing strategy using macho ex-jocks and others in humorous commercials, and soon the brand took off, forcing competing brewers to come up with their own light (but not Lite) beers. Soon, light beers would overtake sales of so-called regular beers.﻿﻿ 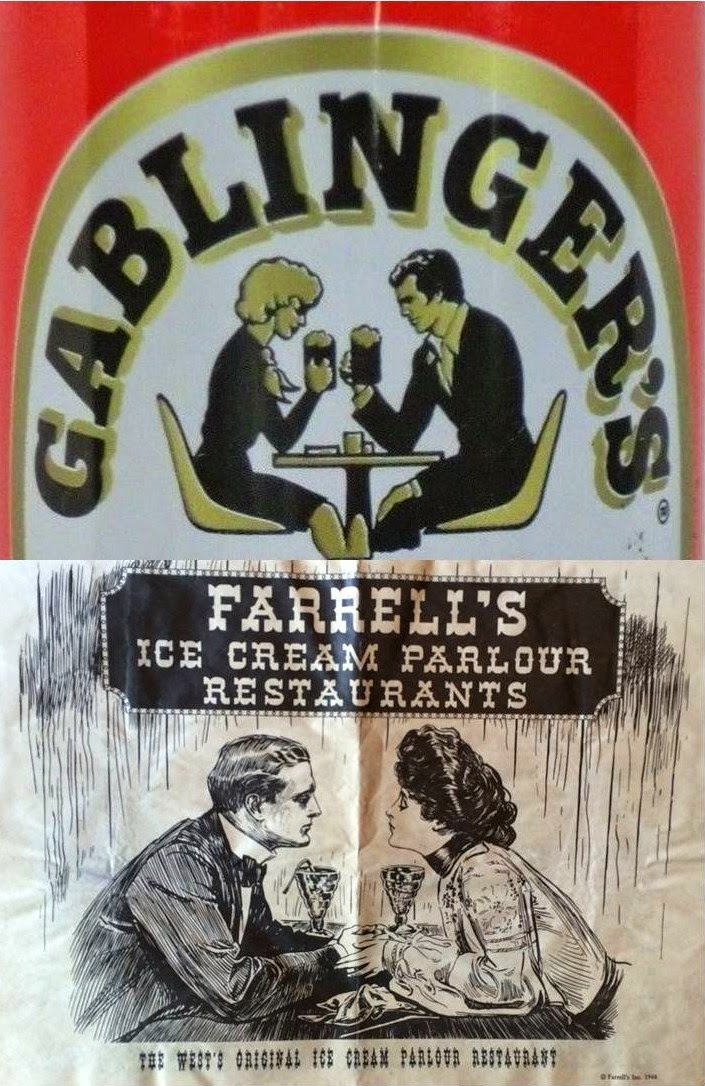 Meanwhile, Gablinger's beer continued to struggle in spite of the new popularity of light beers. In 1976 the packaging was changed, in attempt to broaden appeal and make the packages stand out more on retailer's shelves. The dark brown background color was replaced with bright orange. The portrait of Hersch Gablinger was dropped, replaced by a depiction of a man and woman raising mugs of surprisingly dark-looking beers (the complete opposite of Gablinger's) while seated at a table in what looks like a fast food restaurant. Though most likely unintended, the image looked strikingly similar to one used by Farrell's Ice Cream Parlour Restaurants. In fact, the cans looked more like diet soda pop cans than beer cans.
By the 1980s, Gablingr's beer was no more, the trademark registration canceled in 1984, and Hersch Gablinger, whose discovery would launch an astronomically successful product category for the brewing industry, would be completely forgotten about.