Marijuana In Your Supermarket (Updated) 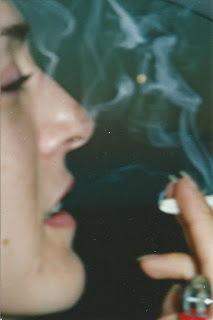 In October 2018, Canada stunned the world by legalizing recreational marijuana. The move was controversial to say the least, but in some quarters, people wonder what took so long. Meanwhile, the controversy continues to rage in the United States and is far from being ironed out. The day when one will be able to buy commercially produced marijuana packaged and sold in everyday retail stores like tobacco is still presumably a long way away, but almost five decades ago, a stodgy grocery industry trade magazine contemplated that very possibility – and the marketing opportunities that would come with pot legalization.

The January 1970 issue of Supermarketing (page 86), in a piece attached to an article about tobacco sales, suggested that legalization “no longer seems so remote as it once was.” It pointed out that the Nixon Administration had moved to differentiate the penalties between dealing and mere possession, as well as the penalties between marijuana offences and those of “harder” drugs.

The “underground” press, Supermarketing reported, was claiming that “major tobacco companies already have acreages laid out and marketing plans on tap against the time when ‘grass’ becomes legal. But at least one marketing executive snorted, ‘That’s the biggest damn lie I ever heard.’”

Still, a tobacco magnate who chose to remain anonymous admitted, “Let’s face it – marijuana is already an American phenomenon spearheaded by youth and the middle classes. It’s growing day by day. I think that once we get away from the emotionalism that surrounds the subject now, the Government will in time realize it’s missing a good tax bet.” 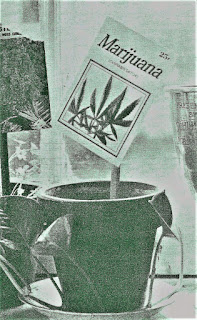 An ad agency creative exec (think Mad Men), who also chose to remain anonymous, speculated, “In the absence of any conclusive scientific evidence one way or the other as to whether ‘pot’ is harmful, I think it’ll eventually become legal. Prohibition demonstrated that you’re not going to make something disappear by making it illegal – and that’s part of the problem. Drugs today are what alcohol was in the 1920s, namely sin. And what legislator wants to go on record as being in favor of sin? But if everyone does it, it becomes less sinful.”

The ad exec went on to speculate, “Even with legalization, there’s every probability of an advertising ban – which would make ‘grass’ the first ‘new’ product with mass-market potential to emerge unaccompanied by advertising. Which will be very interesting to watch.”

The 1970 Supermarketing article concluded, “All of this may be so much conjectural blue haze. The opposition to marijuana remains strong among legislators, educators and parents. Its delights and dangers are still largely uncharted and it may indeed, in some cases, lead to an urge for stronger and more harmful drugs. Nevertheless, it may one day be sold across supermarket counters.”

If one were to travel back in time to 1970, and tell the people from then about "the future," would they really believe that the United States some fifty years later is still battling over the issue of marijuana legalization?